by admin
in MARKET NEWS
0


Editor's Note: With so much market volatility, stay on top of daily news! Get caught up in minutes with our speedy summary of today's must-read news and expert opinions. Sign up here! 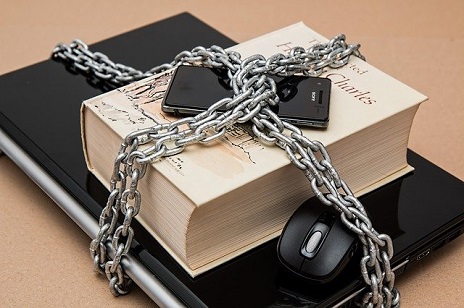 (Kitco News) – It has now been a full week since the U.S. Treasury Department announced sanctions against the popular cryptocurrency mixer Tornado Cash, and the move is beginning to have significant ramifications across the decentralized finance (DeFi) landscape.

In the days following the announcement, enforcement actions around the globe began to ramp up. One of the biggest developments includes the arrest of Tornado Cash developer Alexey Pertsev by the Dutch Fiscal Information and Investigation Service (FIOD) on Aug. 10, which drew ire from the wider crypto community.

Pertsev’s arrest marks a significant escalation in the global crackdown against decentralized protocols, marking the first instance where a government agency seeks to assign criminality to a programmer for producing code.

According to the FIOD, the agency arrested the 29-year-old developer for suspected involvement in concealing criminal financial flows and facilitating money laundering through Tornado Cash.

“Investigations showed that at least one billion dollars worth of cryptocurrencies of criminal origin passed through the mixer. It is suspected that persons behind this organization have made large-scale profits from these transactions,” the FOID stated.

Pertsev’s arrest demonstrates that the world is moving into a new global paradigm of regulation, which includes the expansion of government oversight into the world of smart contracts, a distressing development for participants in DeFi.

The immediate concern is that other decentralized protocols could soon be subject to enforcement actions by regulators looking to reign in the industry. Many popular DeFi protocols have already taken steps to prevent a regulatory crackdown by blocking users associated with sanctions Tornado Cash address and denying front-end access to sanctioned geographies.

Platforms that have been proactive on this front include the decentralized exchanges Uniswap, 1inch, Balancer and dYdX, as well as Github, Circle, Alchemy, Aave and Infura.

The saga took an interesting turn over the weekend as numerous big-name influencers in the crypto space began reporting that they were being blocked by the web applications for some DeFi protocols.

A deeper investigation revealed that an anonymous user randomly sent small amounts of Ether (ETH) to more than 600 addresses in what’s known as a “dust attack” from the Tornado cash mixer.

Since the sanctions put in place by the Treasury Department require that all addresses that have interacted with Torando Cash be added to the blocked list, these 600 addresses now fall into that category and are banned from interacting with protocols looking to steer clear of the regulators.

Some of the affected crypto influencers include Tron founder Justin Sun and Coinbase CEO Brian Armstrong, as well as mainstream celebrities like Jimmy Fallon, Shaquille O’Neal, and Dave Chappelle.

Luckily for those affected by the prank, simply receiving cryptos from Tornado Cash is unlikely to lead to criminal proceedings as the law requires “wilful” engagement with the mixer to merit a response from authorities.

Nevertheless, this first enforcement action against what is essentially an artificial intelligence-controlled smart contract has crypto proponents concerned about the future of the DeFi industry, especially now that U.S. Treasury sanctions appear to apply to non-citizens.

Share this article BingX, the leading social trading exchange, is actively hiring for roles across its offices despite the current...

The crypto community is patiently waiting for the highly anticipated Ethereum network upgrade from proof-of-work (PoW) to proof-of-stake (PoS) as...